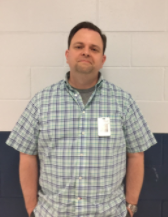 Students who meet the 3.7 GPA requirement, who are not members and meet those qualifications, will receive an application to apply, which of course has to be filled out. Wedel explains how with some effort and some demonstration of volunteer hours would help in the process. Wedel also explained how the factuality community, not the sponsor will determine who will be inducted into NHS.

The club meets the first Thursday of every month and we also will be doing weekend and a few after school community services activities. The club is mostly community service based. We do work at the school, like the can food drive, we get toys and gifts for students, our own high school students, mostly does who won’t able to receive many Christmas gifts. We have done the special Olympic bowling and other volunteer activates in the past

Requirements for students to join the club:

How would you describe your experience in NHS as an officer?

Last year, I was the co-service chair for NHS and I think that this year being president I will use a lot of what learned from last year to.  Also, I had lot of senior friends who were co-officers with me and we got to do events, like volunteering, not just with NHS. We did a lot of joint events with Junior Civitan and FHPA. We try to do a lot of that last year. This being our second year with our sponsor and then there is a returning officers, which last year there were no returning officers. I think that it will be a lot better and easier for planning purposes

What can new incoming members expect coming into NHS this year?

They will see that NHS is an honor society and our sponsor emphasizes that we are model students. He really wants to emphasize that we are setting the example academically and nonacademic ally at school, in terms of nonacademically and behavior wise. So you’ll see stricter guidelines and I think new aspect is that we’re going to be doing more than last year and be collaborating with other clubs.

Besides volunteer hours, what else can students get out of this club?

NHS is known for four things; Character, Leadership, Service and Scholarships. Besides service, NHS is about being a good student and being someone that others can look up to and not just “Oh I’m an Honors society just so I can write that I was in it”. A lot of people believe that’s what an honor society are for, I really want this year and maybe later years, to realize the prestigious of being an honor society and there’s a reason and the people who deserve to be in will be in it.

Daisy also recommends that you try your best if your interested and that you don’t get in one year you should try the next year or the year after that.

How would you describe your experience in NHS?

What can students expect this in-coming year?

Because we’re not doing tutoring anymore, it’s Gonna be taken over by the math and honor society respectively. The students can expect much more community participation and probably if we can do the “Special Olympics Bowling Event”, like we did last year which a lot of students enjoyed and expressed gratitude for that they could be apart of. We may be teaming up with other clubs like club base camp or crochet club to help better serve the community because two clubs are better than one.